Drake Island is situated near the geographic centre of Quatsino Sound. The area, once the home of the Hoyalas and Koprino First Nations, now forms a part of the traditional territory of the Quatsino First Nation.

Drake Island was named after Justice Montague William Tyrwhitt-Drake, who was the mayor of Victoria in 1876-77. The name was not adopted until 1926, and early settlers knew the island as Limestone Island. Pamphlet Cove on its North shore was originally named Quiet Cove.

Edward (Ned) Frigon was born in Maurice or St. Prosper, Quebec, somewhere between 1829 and 1834. As a young man Frigon left a young family to seek riches in the California gold rush. He took a boat to Panama, walked across the isthmus, and then took another boat to San Francisco, where he stayed for three years before travelling on to Fort Victoria.

Frigon appears to have travelled to Germansen Creek in the Quesnel area from 1868-70 with members of his extended family. 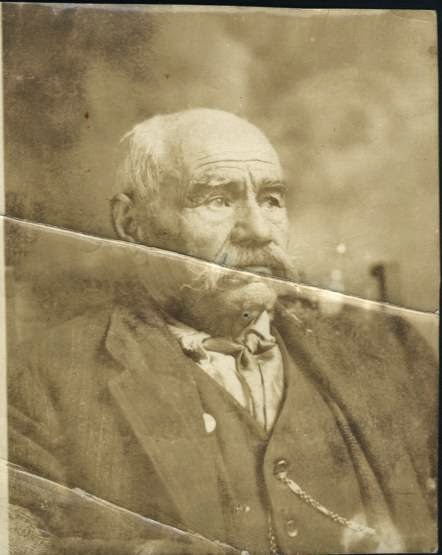 At Fort Victoria he amassed enough money to buy a basic stock of trading provisions. He then set up a trading post in Bull Harbour, eventually moving to Koprino Harbour in 1889.

In 1895 Frigon moved his trading post to Quiet Cove on Limestone Island. It was conveniently located between Quatsino, Coal Harbour, and the developing mill at Port Alice. He also provided the local post office services.

In 1902 Frigon was identified as holding a mining claim known as Eureka on the Ingersol River.
In the 1905 elector’s list he was identified as a saloon-keeper. In 1909 Frigon opened the Central Hotel, which included a popular drinking establishment. 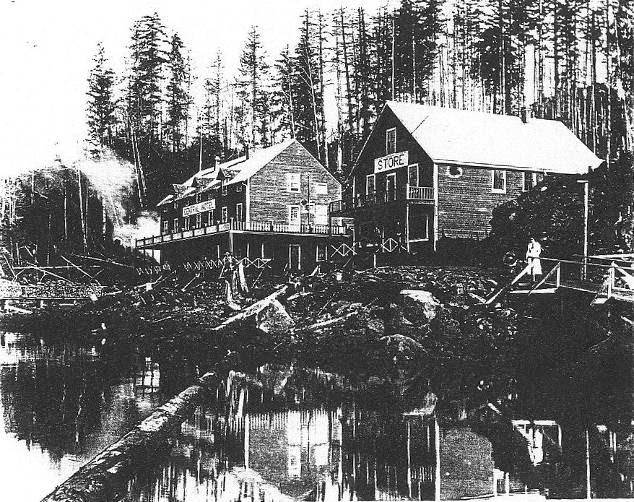 Frigon’s wharf at Quiet Cove became a steamer stop, where the early Quatsino settlers would pick up mail and deliveries. The steamers Tees and Queen City would call at the floating wharf until about 1914, when a wharf was constructed at Quatsino. The hotel was open until 1917, when Frigon retired to Port Alice, perhaps in anticipation of the coming prohibition on alcohol sales.


A history column in the North Island Gazette in 1974 noted that Frigon a number of wives, one of whom threatened him at knifepoint. His last wife was Lucy Moon, who gained notoriety as "the last of the longheads”, a reference to a local practice of binding the heads of girl babies which at one time was common among the Quatsino First Nation. 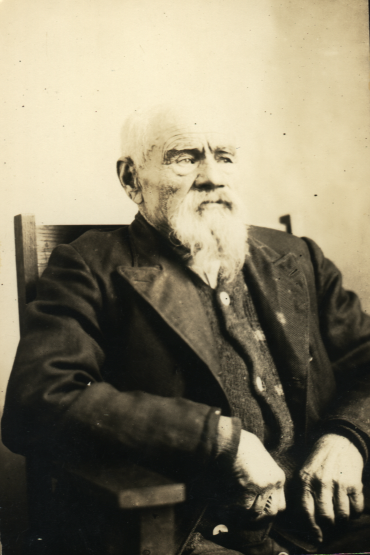 Frigon was known as a character in Quatsino Sound who everyone knew as Old Ned. He died near Port Alice in about 1917. Frigon’s estate was probated in Cumberland in 1922, and despite his many entrepreneurial business ventures his net worth was valued at $600, including $100 cash and 34 acres which were bequeathed to his wife.
The Frigon Islands near Port Alice are named after Edward Frigon.

*Photos included were taken by Ben Leeson and were graciously provided by Gwen Hansen from the Quatsino Museum.
Posted by sixstories at 9:38 AM